Where's the Education on Security? 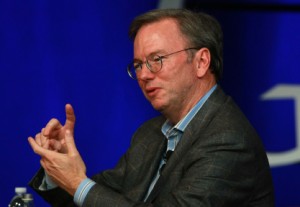 Last year, Google Chairman Eric Schmidt took a swipe at the teaching of computer science in the UK, by saying that the country that invented the computer was "throwing away your great computer heritage" by failing to teach programming in schools.

That brought home the reality of the state of computer education in the UK and we have since began to see increasing momentum towards changing the agenda.

There has been a long standing belief that the teaching of computer science technology in UK schools requires modernisation. It now looks like the government have been listening and are finally poised to take action. Speaking at the BETT technology conference earlier this year, Michael Gove, the UK Secretary for Education, hinted that change was on its way. He was strong in his condemnation for the current system, which he argued had students "bored out of their minds being taught how to use Word and Excel by bored teachers".

The plans, which are expected to be rolled out in September 2012, will create an open source curriculum where schools will have the freedom to make use of input from leading employers and academics to build a syllabus that improves on the current out-dated offerings.

This significant leap forward in terms of UK computer science education should be welcomed. However, there seems to be one glaring omission - online security. Improving computer science education is a forward step, but it's important that we don't lose sight that all pupils also have an essential need to understand the basic principles of online security.

We educate our children about risks, whether it's crossing the road, or talking to strangers, but often neglect to properly educate them about their online safety and security.

It's never been so apparent that education on the pitfalls of lax online security is required. The advent of social media has resulted in a huge increase in the amount of sensitive and security-compromising data that children, and adults, put on the web for anyone to access. This sensitive data can be used to break security barriers and weakens the measures in place to protect online identities. Dates of birth, first school attended, pet names, addresses and even phone numbers phone number are all regularly posted on social media sites with little consideration of the security ramifications.

So, while it's important to educate on coding, building programmes, designing graphics, writing content, and understanding how it all works in harmony, it's vital that students are also taught how to protect themselves online. For every tutorial on Photoshop there should be one on phishing. For every tutorial on social media there should be one on spoofing.

Online fraud in the UK cost the consumer £341 million last year - much of which could have been avoided had the victims had a greater awareness of online security and taken the necessary precautions. Improving the education of computer science is important, but education about the very basics of online security is surely equally if not more important.